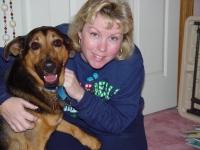 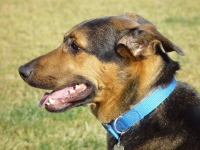 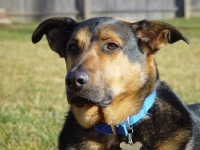 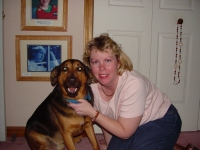 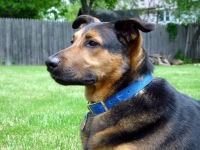 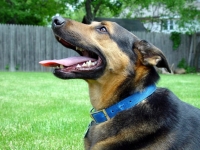 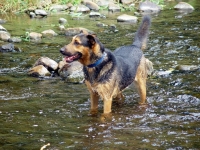 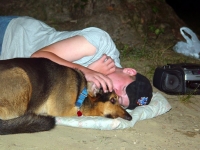 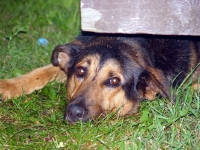 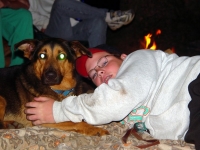 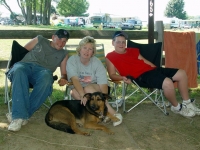 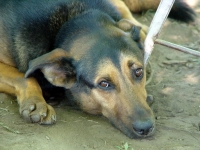 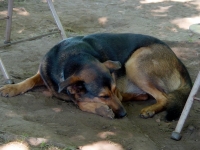 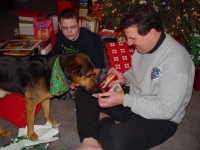 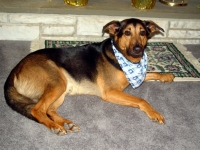 This page is dedicated to one of man's best friends, Duncan, who passed away on 6/24/2008 after a short but courageous battle against lymphoma. Duncan had been rescued from under the bridge to Riker's island in New York, right across from Shea Stadium (how appropriate) in 2001. He joined our family on Super Bowl Sunday. His name was almost Murphy (guess why) and no his name had nothing to do with donuts. He literally went from rags to riches - from a stray to King Duncan. He was a real poopie puppy (whatever that means anyway).

Duncan was smart (most of the time), playful, fast, liked to jump 6-foot stockade fences and could be loud on occasion. At times he was confused, thinking that he was a lap dog.

Duncan's family knows he would have wished to say goodbye and thanks to all of his friends (both of the 4-legged and two-legged variety), those who helped rescue him and find him his new family, and Doc and all of his helpers.

He loved his family and knew how well he was loved too and how lucky he really was.