This year an added opportunity for members to have their photo taken with the Hall of Famers in attendance. This years legends were: Dick Williams, Jim Rice, Goose Gossage, Andre Dawson, Phil Neikro and Ozzie Smith.

The Voices of the Game event produced a few memorable highlights as it always does. In one exchange, the Goose was talking about how he had talked Dick Williams into letting him pitch to Kirk Gibson in Game 5 of the 1984 World Series. On a 1-0 pitch, Gibson belted a 3-run homerun that according to Williams, damaged three seats – in a row! Goose blamed Williams for letting him talk Williams into not taking him out of the game.

Goose also said that it now takes three people to do what relievers like himself and Rollie Fingers used to do. However, he thinks that baseball has it right now with the advent of the one inning closer. He said that relievers (closers) were abused in his time. But he also said that he liked being abused.

As Bobby and I had our photo op with the Hall of Fame members, we had another memorable moment. The group before us had a 10-12 year-old boy wearing a Mets jersey and cap. Jim Rice wished him luck since Madoff had all of the Mets’ money. Mets fans can’t even get away from the abuse at the mecca of the baseball world. No wonder Mets fans have an inferiority complex. Anyway, as the boy walked away, Goose called to him. He said “don’t try any of that Reyes stuff or I’ll be coming after you”.

The hitting contest was nothing if not entertaining. It came down to a battle between Dmitri Young and Reggie Sanders. Dmitri Young was the official winner, however, with some loose scoring, I’m not convinced that they shouldn’t have gone back for a video replay.

The game was a lot of fun. It was a beautiful and they played two – hours that is. Jon Warden was up to his usual hijinks as the Designated Humorist. Bill Lee was impressive taking a vintage (circa 1880s) approach to the game. He played the outfield, caught and pitched. While pitching, at the urging of fans, he tossed the ol’ eephus pitch which Dmirti Young promptly deposited well over the left field fence. Playing vintage (circa 1860s) base ball myself, I could enjoy Bill’s performance and gained even more respect for the Spaceman.

It was great seeing some other favorites from the past including Dale Murphy, Rick Wise and Willie Wilson. There were a lot of empty seats, but for true baseball fans, the Classic is better than its predecessor, the Hall of Fame Game. I’d much rather see the Hall of Famers and former stars play in an “Old Timer’s Game” format than see major leaguers take an at bat or two and turn it over to a bunch of minor leaguers.

Dmitri Young topped off his weekend by not only winning the Hitting Contest but also winning the inaugural Bob Feller “MVP” award. To make the award even more special, it was presented by Mrs. Bob Feller.

Once again, it was more than worth the price of admission. However, I think that it might go over better on a different weekend. At first I thought that Father’s Day weekend was a good idea. Now I’m not so sure. In any event, if you’re a fan, its an opportunity that you don’t want to miss. 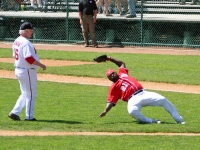 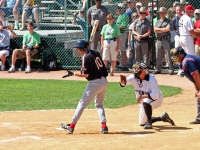 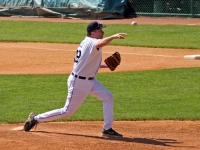 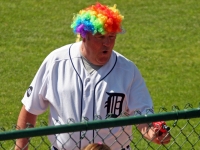 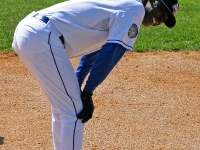 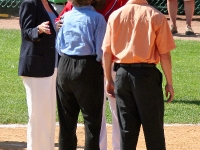 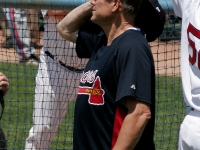 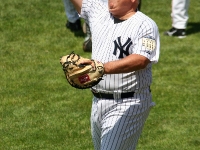 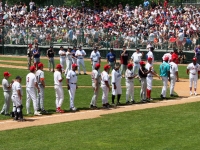 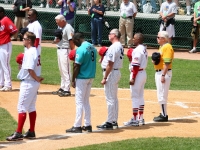 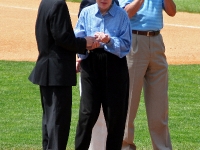 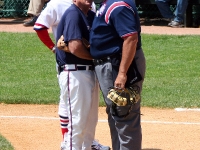 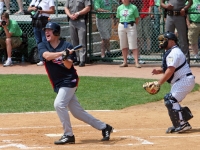 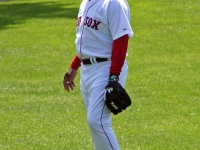 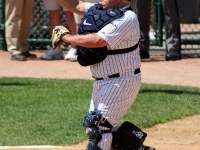