The “Classic” replaced the former “Hall of Fame Game” where two major league teams were pitted against each other. Actually, the game was played more by minor leagurers that were brought in for the game. For real baseball fans, the new format is more fun and is more in line with the theme of of the Hall. Hopefully it will celebrate a long tradition. With the loss of Old Timers’ games across baseball (with the exception of the Yankees), this is an exciting and fun event for those who have an interest in the history of the game. After all, isn’t that why you go to the Hall of Fame in the first place?

Mark Whitten was a star of the weekend, winning the hitting contest as well as being the MVP of the Hall of Fame Classic.

Bob Feller and Harmon Killebrew were the honorary managers of the two teams and their rosters are listed below:

The highlight of the game occurred when Jeff Kent ripped a ball towards right field. 2nd baseman Tim McIntosh fired his glove about 20 feet in the air, hit the ball and caught it in his bare hands before it hit the ground. This recorded the 3rd out of the inning, as Jeff Kent fell to the ground in disbelief. When asked for comment later, McIntosh said, “The last time I did that was in eighth grade, and at that time my coach said it was illegal. If anything, I thought it would just be funny. So what are the chances? But it’s something they’ll remember me by.” And that they will. The play can be seen (sort of) at Play of the Game.

By the way, Team Feller shut out Team Killebrew, 9 to 0.

Here are some of my favorite photos from the game. 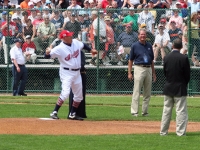 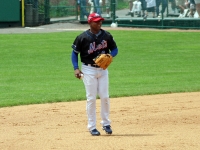 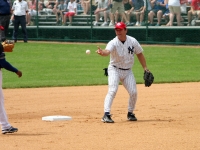 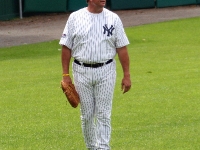 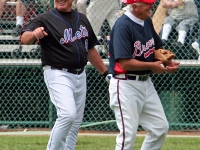 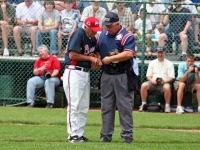 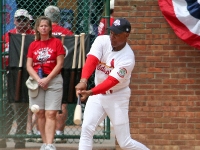 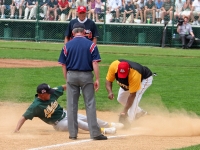 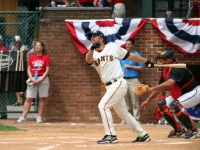 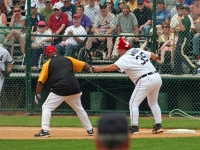 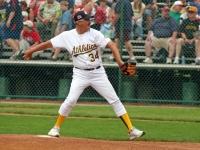 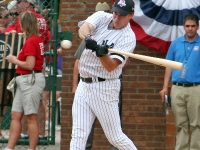 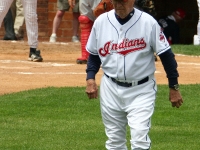 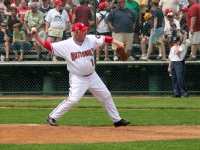 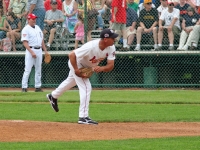 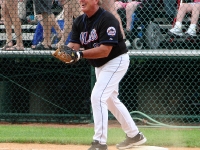 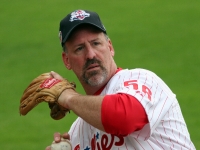 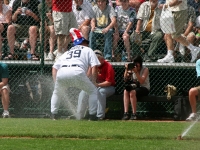 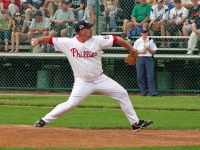 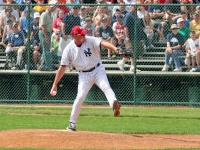 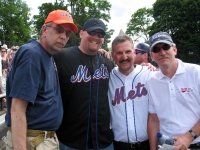 One note on the Voices of the Game discussion. After a late start, probably due to the inaugural Hall of Fame Classic Golf event, the discussion was too short. It was actually less than an hour and with 7 Hall of Famers in attendance, that only left a question or two each. Not enough time and a bit of a disappointment. There was only one misguided question from the audience – about steroid use.

Everything said, I can’t think of a better to spend weekend for true baseball fans, well maybe other than Hall of Fame Induction weekend.