Saturday, my son Bobby and I, stopped by the Hartford Base Ball Grounds at Colt Meadows on the way to a picnic to check out a vintage baseball game. It was a Coltsville Vintage Base Ball League playoff game between the Nutmegs BBC and the Charter Oak of Hartford BBC. The game was played under 1861 rules. I had been wanting to catch a vintage base ball game for a couple of years but it never seemed to work out. The Bridgeport Orators played down at Seaside Park in Bridgeport, CT and I went there on several occasions to see a game only to find that the game had apparently been cancelled. I guess that’s why they decided to suspend play for this season.

I have to admit that I wasn’t sure exactly what to expect but it turned out to be a very enjoyable experience. The Nutmeg BBC defeated the Charter Oak of Hartford 6 to 4. The players participate wearing vintage uniforms (what else would you expect) and play by the rules of the 1860s. Some of the interesting rules (1861) are:

Some terminology (from the 2010 program):

The pace of the game is perfect and there are no commercial breaks. We had a great time! Here are some pictures from the game. To see a full size image, click on the thumbnail.

I enjoyed watching the game so much that I am actually thinking of joining a team next year. The ideal situation would be if the Orators resumed play and were looking for some new faces since they are based locally. If not, I may look to pursue an opportunity in the Coltsville VBBL.

I would recommend that anyone that is a fan of the history of the game take the time to take in a Vintage Base Ball game and see how much the game has changed. It is great family entertainment and the price is right – free. If you are in the area, the championship game will be held next Saturday at 10:00 am at the Hartford Base Ball Grounds at Colt Meadows.

Click here if you’d like to get some more information on the Coltsville Vintage Base Ball League. 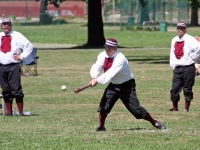 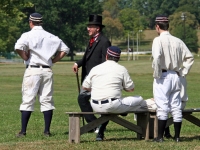 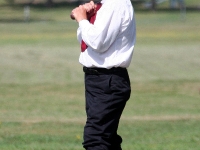 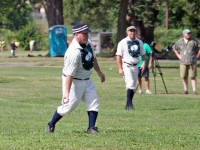 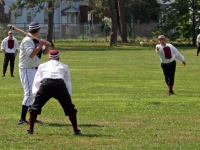 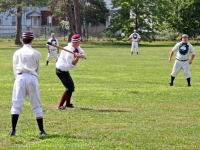 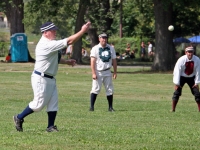 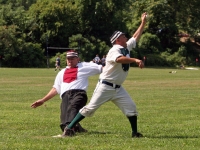 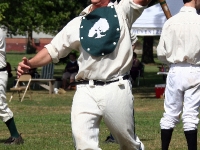 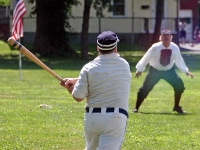 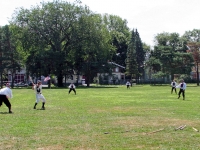 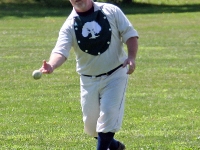