↓
Home→Baseball→Mourning The Passing Of A Baseball Legend

Very sad news tonight. Hall of Fame pitcher and the premier ambassador of baseball, Bob Feller, died tonight at 92. I count myself lucky to have seen him pitch in the inaugural Hall of Fame Classic last year at the age of 90 and throw out the first pitch and manage a team at this year’s event. It was always a pleasure to hear him speak. The last two years spoke at the Voices of the Game events in Cooperstown, and was the center of attention even while be surrounded by several other Hall of Famers. Bob always told the story about how his fastball was clocked at 107.9 miles per hour in 1946, however, he still said that Walter Johnson was the fastest pitcher that he ever saw.

I will never forget an early summer night at Yale Field in 1994. Our 5 year-old T-ball team was the New Haven Ravens team of the night. To our pleasant surprise, it also turned out to be Bob Feller night. Bob, in uniform, was there to throw out the first pitch. He actually pitched to one of our parents in a pre-game event (to this day I wish it were me). Our parent who still played baseball at the time, could only manage to dribble one ball through the infield. Bob was in his 80s! His fastball wasn’t what it once was, however, he still had his curve ball.

Prior to our team running on to the field for the National anthem, they surrounded Bob and tugged at his uniform. He patiently talked baseball to the children, and asked if anyone knew the name of the Indian on the Cleveland hat. To this day, the children (now in their 20s) can all tell you that the name of that Indian is Chief Wahoo. They will also tell you that they know because Bob Feller told them so!

Bob Feller lived and breathed the game of baseball and was its penultimate ambassador. He will never be forgotten nor can he ever be replaced. 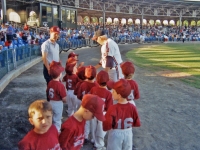 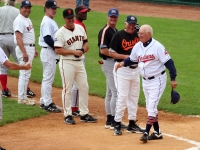 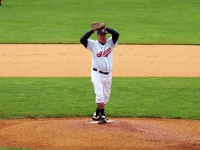 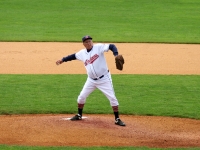 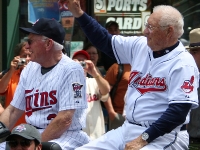