A couple of weeks ago, the Hall of Fame celebrated its 3rd Annual Hall of Fame Classic. I briefly chronicled the weekend in The 2011 Hall of Fame Classic. After musing over the “Classic” weekend, I felt that I wanted to elaborate a little on the previous blog entry. In it I mentioned that seeing the Vintage Bill Lee was a treat but, I decided that I’d like to share a few more thoughts as well as additional photos.

I always was a fan of the Spaceman – who always stood out as a a player that really enjoyed life and the game. I must admit that I struggled a bit with the paradox of the Spaceman as a Vintage player, but in name only. If you overlook the nickname, he’s a natural.

Playing Vintage base ball (yes, two words), I understand the fun and sheer enjoyment of the game. My league plays 1861 and 1864 rules and I would guess by the glove that Lee plays 1880’s rules. The thing that impressed me most is that it’s one thing to play Vintage base ball, however, it’s another to play old school in a modern game. And that’s just what Bill Lee did. Not only that, he played 1st base, outfield, behind (or catcher) and hurler (or pitcher).

Bill Lee is an ambassador of the game of baseball. Something that the game needs more of in this era. Especially at a time when the game lost its biggest one in Bob Feller. As I said, I’ve always been a fan of Lee – but this just took it to another level.

So, Mr. Lee (Spaceman just doesn’t seem appropriate), kudos from a member of the Alert Fire House Company of the Coltsville Vintage Base Ball League. I hope you keep playing, enjoying life and the game. I with the rest of your fans will hope to see you again at next year’s Hall of Fame Classic.

Some Bill Lee Hall of Fame Classic moments. Click on a photo for a larger, full view. 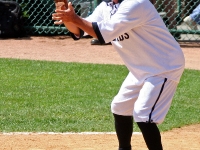 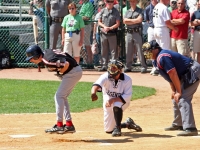 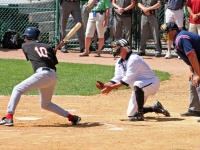 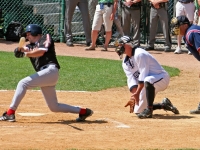 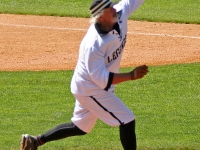 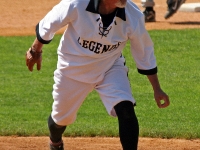 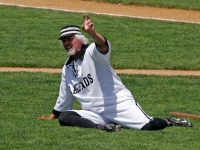 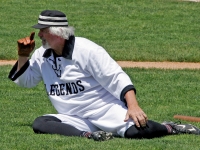 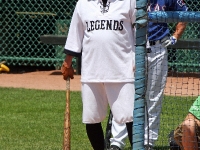 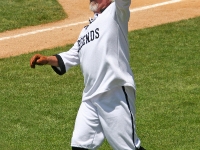 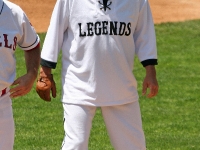 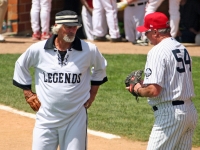 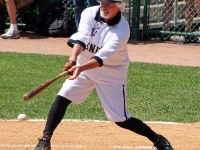 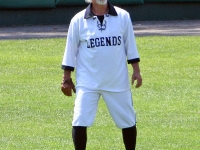